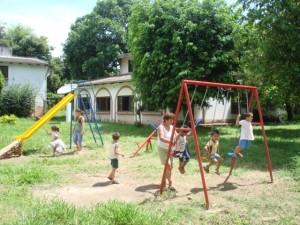 In Bristol, at the beginning of the year, a large number of people attended a Bolivian supper that I organised. The proceeds from this and from many other donations during the year paid for a new children’s playground, the street kids’ centre to be re-plumbed and re-drained, and hot showers to be fitted.