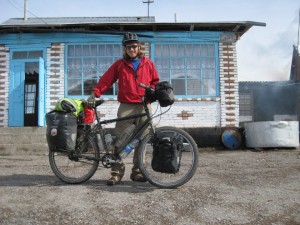 home after a year on the road, cycling from Bristol to Japan to raise money for Friends of Alalay. Please sponsor his efforts directly here 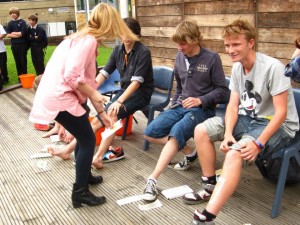 Bath 100 course, cycling 100 miles through the Cotswold Hills, completing the course in 8 hours and 40 seconds.

1 February 2012 – Reception at the House of Lords to promote relationships between Britain and Latin America. Baroness Hooper (chairman of the All-Party Parliamentary British-Latin America Group) addressed the event, and I had the opportunity to once again speak with a great number of interesting people about Alalay.

25 January 2012 – Olly of Cotham School, Bristol sells cakes and paints himself purple to raise money for Alalay! Olly and friends are raising awareness of Friends of Alalay as part of their work towards their Duke of Edinburgh Gold Award.