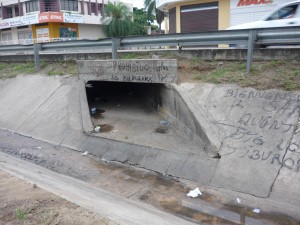 A drainage canal – home for the street children

An estimated 40 million children live on the streets of South America. One of the poorest countries is Bolivia, with an estimated several hundred thousand children in high-risk situations, living, working and sleeping on the streets.

These are children who either have no parents or other adult carers, or whose parents are too alcoholic, drugged or poor to care for them. So they have to survive on their own. Many of them work 12 to 16 hours a day in informal labour such as sweet-selling, shoe-cleaning and windscreen-washing. They may receive up to 50 pence a day for this work, if they are lucky. Mostly they just beg and steal to survive, or they starve and die on the streets.

Many girls at 12 or 13 years of age become child prostitutes and, due to a lack of contraceptive advice and availability, many of these young girls have at least one baby. Most street children are functionally illiterate because they left or never went to school.    A quarter of all of them are aged 3 to 11 and either live on their own on the streets or are supported by older siblings. 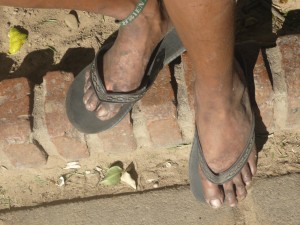 From official surveys, 80% of street kids inhale glue and many consume alcohol regularly, mainly as a form of escapism, but also to help stave off hunger pains. A bottle of glue costs less than 4p. Solvent sniffing can cause sudden death, and has effects including damage to the heart, kidney, brain, liver, bone marrow and other organs. It also may cause problems during pregnancy. These inhalants are physically and psychologically addicting.

Nearly two thirds of the Bolivian population (mainly the indigenous people) live in poverty, with about one third having an income of less than 50 pence a day. Infant mortality in Bolivia is among the highest in South America and one in ten children die before their 5th birthday.

Remember, EVERY penny that you give will go directly to Bolivia
to find, accommodate, feed, care for, love and educate the street children
in the care of Alalay.