I was delighted to be invited for a second time to attend a reception at the House of Lords in the last week of January. The evening was organised by LATA (the Latin American Travel Association) whose charitable branch – the LATA Foundation has supported both the Alalay medical centre and now, the quail farm project. 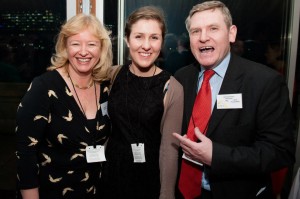 It was a fantastic event with the opportunity to speak with a great number of interesting people, including representatives from the Bolivian Embassy, alongside members of the press and travel industries.

Invited guests included Michael Palin; Baroness Hooper, Chairman of the All-Party Parliamentary British-Latin America Group; the Rt Hon Hugo Swire MP, Minister of State at the Foreign Office; and archaeologist Dr Jago Cooper, presenter of the BBC’s Lost Kingdoms of South America series) amongst many others. You can see much more information about the event HERE.

This entry was posted in Uncategorized. Bookmark the permalink.